Ambient Music: The Ideal Soundtrack For Our Hectic Lives

Sit down, listen in and chill out…with ambient music playing.. 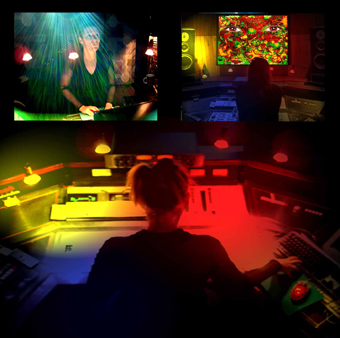 First, let us say that my current taste by all standards is leaning heavily towards ambient music. Second, I had somewhat of a music epiphany over the weekend… On a cold and lazy Sunday afternoon, I decided to take a dive into my physical music collection (consisting of thousands of vinyl LPs, 45 RPMs and compact discs). One thing was evident though.  How did I arrive at Air, Massive Attack, Morcheeba, Bjork, Thievery Corporation or DJ Cam? It was a bold reflection of my evolutionary path colliding with my passion for music. Tucked away in these cherished 12 inch cardboard jackets, plastic jewel cases and worn out paper sleeves, is a large part of who I was and where I came from. Even to some extent, where I am heading. Memorable moments in time reanimated by a glance of an album jacket and by pressing ‘play’ on my music player.

My demand and expectations from music has increased. It has evolved into an integral part of my everyday life and regimen. What better way for using music than as a therapeutic benefit to enrich one’s life? Ambient music is ideal for foreground, background music or as a companion. It is music for tripping out, for unwinding or for challenging us with bold new directions in sound. Presently, the manner in which people consume their lives, music for chilling out to makes perfect sense.

It was sound architect and music conceptualist Brian Eno who first officially coined the phrase “ambient”. In the credits listed on his 1978 album Ambient 1: Music For Airports, he defines it as music “designed to induce calm and space to think”. Eno’s theory of ambiance is that music that can be either actively listened to or used as ‘wallpaper’, depending on whether the listener chooses to pay attention to it or not. Think sitcom formula of Seinfeld. It’s been a highly influential if not entirely original idea; at best the emergence of electronic ambient via the dance world, at worst, being stretched to its most passive extreme by many new age music composers. Some music experts suggest that New Age music nearly killed ambient music and most believe that electronic dance music rescued it. In any case, ambient music has proliferated by spawning some of today’s most interesting music forms and artists.
The term ‘new age’ can be considered a religious entity as well as a musical style. This in a sense I believe is where its limitations lie. During the 1980’s, at the height of its popularity, the new age trend unfortunately became a marketing tool for most kinds of instrumental music. Regardless of whether or not it was associated with the lifestyle and its entourage of psychology, theology and spirituality. Posers and moneymaking opportunists soon infested the movement with poor quality muzak and promises of life changing secrets. †This was the demise of the New Age music genre and its fall from mainstream popularity.

Ambient music is the new tag that has become most commonly associated with the kinds of music we might call instrumental. Many pioneering artists found a receptive audience among the dance underground with music that was subtle, intelligent and often produced with the same technology that created the music these audiences were dancing to at raves and clubs.††

By the turn of the millennium the word ‘chillout’ had encompassed an extraordinary variety of downtempo music associated with the electronic dance scene and in some cases even pop or rock. Classical avant-garde rock music…electronic pop…new age…electronic dance music. Just a few key pieces of the ambient music puzzle, but I will leave the discussion of this subject for another day.
Anyways… This is how I hear things.
-Howard P.