Listening to an old Eurythmics album of mine recently brought back a lot of treasured memories of the 80’s. Who could forget Annie Lennox’s deep and soothing voice in hit songs like “Here Comes the Rain Again”, “The Miracle of Love” and “Sweet Dreams (Are Made of This)”? 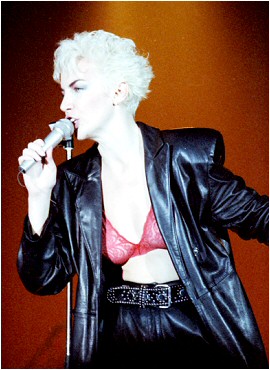 Few are aware that Eurythmics was Annie Lennox’s second band, admittedly way more successful than The Tourists, her first collaboration with Dave Stewart, founded in 1977. Bang at the start of the 80’s, the duo formed Eurythmics, a band prominently featuring the synthesizer alongside Lennox’s distinctive voice.

Eurythmics’ breakthrough came with their second album Sweet Dreams (Are Made of This) that catapulted the band to the top of the charts worldwide. Though the band never officially disbanded, Stewart and Lennox parted ways and Lennox started a successful solo career. Described as soul pop, Lennox debut album Diva immediately entered the charts in 19992 and featured hits like “Walking on Broken Glass”, “Why” and “Little Bird”. The albums Medusa, Bare and Songs of Mass Destruction followed in 1995, 2003 and 2009, respectively. 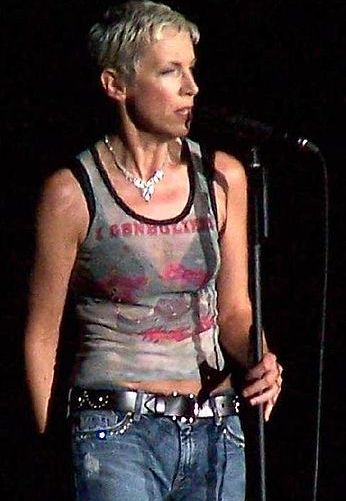 Annie Lennox in concert in 2004

Lennox is an inspiration not only as a singer and songwriter but also as an activist. For almost two decades, Lennox has been campaigning for HIV and AIDS awareness, even donning a t-shirt with the words “HIV positive” at the 2009 Edinburgh Festival of Politics that caused much speculation and excitement. Admirable is also the fact that Lennox never played into the cute singer stereotype but has followed her own style throughout – from her androgynous 80’s persona to today’s activism. 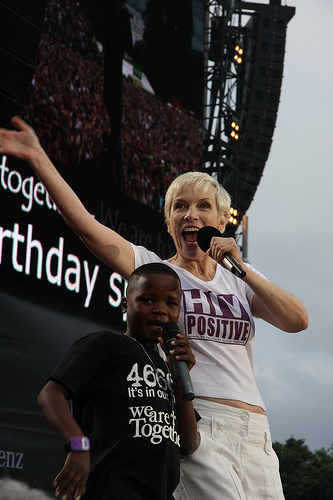 In concert at Nelson Mandela’s 90th Birthday Concert in London, 2008

Fact is that Lennox has won, among others, eight BRIT awards – five with Eurythmics and three as a solo artist – more than any other female artist to-date. And one can’t say that her career was cut out for Lennox – the only child of a father who worked at the Aberdeen shipyard and a mother who was a cook and housewife was a shy, introvert teenager. In the 1970s, Lennox received a scholarship from the Royal Academy of Music in London where she studied the flute and classical music for three years. Throughout, Lennox had to support herself by taking on various odd jobs – a fact that hasn’t deterred her from making it big.