As a fellow French-Canadian artist, I’ve followed Celine Dion’s career with interest almost since its debut. In my early beginnings as a studio sound engineer I had the chance to work with Celine. I can tell you she’s one of the most hard working singer I’ve met. I always compared her to the Olympic athlete gymnast, Nadia Comaneci, as she was focused and highly dedicated to her work. Coming from a small town close to Montreal, Celine had success in Quebec early on and in the ‘80s, you couldn’t turn on the radio or TV without coming across Celine Dion. This intensified further after her winning the 1988 Eurovision Song Contest – just 20 years old – with her entry “Ne partez pas sans moi” for Switzerland. Everyone in Quebec knew that song and was proud that a local singer had won!

Celine Dion during her “Taking Chances” Tour in Montreal, August 2008 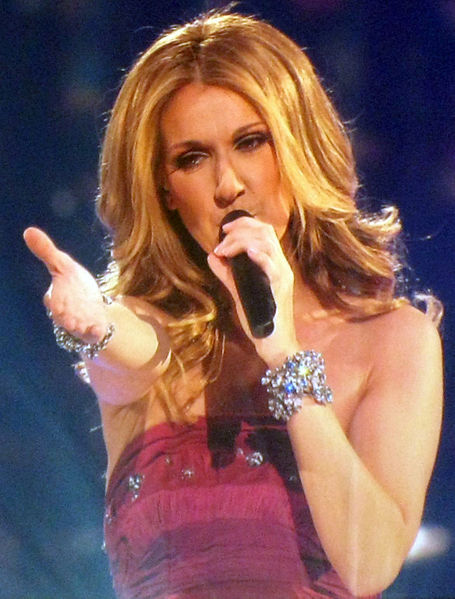 Remarkable about Celine’s career is how focused she was from an early age on – as a child, she knew that she wanted to become a singer and started performing at the age of 5. This wasn’t as surprising given that she was born into a music-loving family of 16 (she was the youngest of 14 siblings). According to her website, “her parents, both musicians, operated a small club, and on weekends, the entire family performed and entertained the local population.”

By age 12, she recorded a demo song in French together with her mother and one brother who submitted the tape to manager René Angélil. This song would change her life as Angélil was so smitten by young Celine’s voice that he decided to make her a star. As the story goes, he even mortgaged his house to finance her first album, La Voix du Bon Dieu (1981).

Though Celine Dion was well-known in Canada and the French-speaking world in the ‘80s, the international breakthrough came after an image makeover during which Celine changed her appearance and underwent intensive English training. Unison, her first English-language album came out in 1990 but international success followed in the form of the Disney movie Beauty and the Beast for which Celine recorded the title songs and others for the soundtrack.

Topping U.S. single charts and winning numerous Grammy and Academy awards, the song brought Celine commercial and critical acclaim. The movie soundtrack also shaped the musical style that Celine would be known for:  classically influenced ballads with soft instrumentation plus some rock and soul influences.

I have had the pleasure to work with Celine’s bass player of 14 years, Marc Langis, on bass and counter bass on my first album Seven Seas and on the Twitter Song. I have to say that the collaboration has been marvelous, drawing on the versatility of Marc’s repertoire with Celine.

Today, despite creative breaks, Celine Dion is a household name for pop and soft rock music and her accomplishments are too numerous to mention. Songs like “Falling into You”, “My Heart Will Go On” and “Think Twice” and the album Miracle are some of my favorites though I also appreciate her French recordings.