The Dawning of a New Age

I love the promise of early morning. The day stretches out before me with great promise. I cannot help but smile in anticipation! 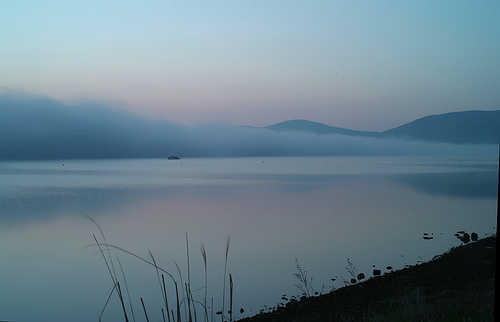 Calm waters at dawn (image from joka2000 on Flickr)

New age music has been often associated with health and spirituality, the genre is popular among those that practice yoga and meditation.  But these days, people from all walks of life are turning to New Age to enjoy inspiring, relaxing music.  In fact, maybe you should step out of the massage parlor and into a dance club! My early new age influences have been from Kitaro and Vangelis.

Over the years, New Age music has evolved from purely instrumental or electronic sounds.  Today, you’ll hear enchanting vocals and influences from both Ambient and World music.  Some New Age singers incorporate Sanskrit, Tibetan, or Native American-influenced chants.  Listen carefully to lyrics in songs from other artists, and you may hear mythology tales or Celtic legends.

Where else can you get this kind of culture in your entertainment? 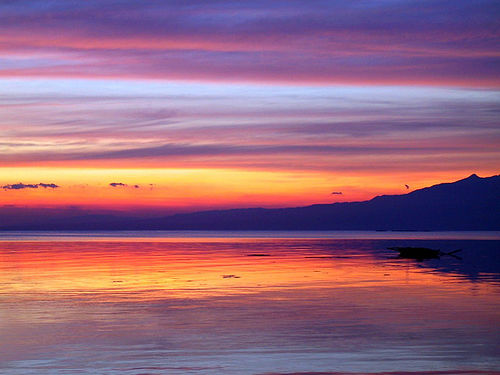 Red sky at morning (image from preetamari on Flickr)

Not all New Age Music singers consider their work to be “new age.”  Often, albums are classified by record labels – or even loyal fans – instead of the artists themselves.  In fact, some people say that the genre is defined less by the instruments used in the songs, and more about the mood that is evoked when you listen to them.

Maybe we should just call it “music that improves your mood!”

The genre is increasingly popular, and less associated with New Age beliefs and practices.  You can find radio stations exclusively devoted to New Age music, and streaming New Age music online – for free!

The Internet has truly affected all types of music.  As explained on a blog about New Age music:

New age music is not different from other genres; the myriads of home studios and the power of internet are transforming the music scene in a profound way.  While the fan before had to rely on mainstream radio and the selection in the local music store, she now can choose from millions of tracks and just as many niche stations like New Age Stars.

If you prefer New Age female singers, its easy to sift through the offerings online. The first singer that comes to my mind is Enya who posesses an angelic voice!

Like any other genre, New Age music will continue to evolve.  Barriers broken down by the Internet, plus the popularity of mP3 players and easy music downloads allow for broad exposure to a variety of artists and sounds.  People using social media outlets like Twitter and Facebook engage in widespread sharing of files and blog posts that celebrate the wonderful music created from every corner of the globe.

Its the dawning of a new age in so many ways.  I think its going to be an exciting era!

If you enjoyed this post, be sure to see Fantastic New Age Female Singers and Hum a Tune for Happiness.