The Grammy Awards are just around the corner (February 13th), and the nominees have been announced! See what’s being said about the five contenders for Best New Age Album.

“Ocean” is Michael Brant DeMaria’s follow-up to “Siyotanka,” which was released in 2008. The album has received rave reviews. The artist himself says that the album “is based on twenty-five years of research into the world of sound healing. Ideal for massage, yoga, meditation, or anytime the world has become too much and you need to flow again.” “Ocean” is great for relaxing background music to accompany your usual workday. I would say it’s an atmospheric or ambient type of music too.

“Sacred Journey of Ku-Kai, Volume 4” is Kitaro’s fourth installment in a series of albums that were inspired by the traditional Buddhist journey to the eighty-eight temples of Japan’s Shikoku. Shikoku is the ancestral home of Ku-kai, a holy man. John Diliberto of Billboard Music states that, “Kitaro sculpts a music that balances between pastoral and deep space environments, desert flute melodies, and arcing synthesizer solos. [The album] retains the classic Kitaro sound of the 1980s but is played now with a renewed spirit.”

“Dancing into Silence” is a collaborative work that includes R. Carlos Nakai on the Native American flute, Will Clipman on a variety of ethnic percussion, and William Eaton on the harp guitar. Midwest Book Review says, “The result is a unique experience that transports the listener into a soundscape that reflects the mysteries of infinity. An extraordinarily beautiful and everlastingly memorable collection, [it is] highly recommended to music lovers intrigued by the prospect of something different.” 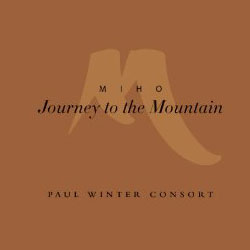 This album includes a wide variety of different sounds including those of the sarangi, saxophone, taiko, bansuri, English horn, keyboard, oboe, and more. Dr. Debra Jan Bibel of “World Music Explorer” says, “The variety of musical forms reflect the diverse Asian collection of [the Shigaraki Mountain museum, where the majority of the album was recorded], and although they are not traditional but contemporary and musical fusions, they are instilled with the spirit of the ethnic source.” 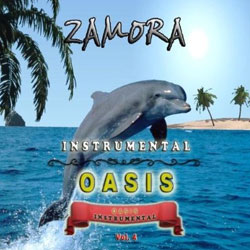 Zamora is a self-taught musician and has recorded several albums; however, this is his first album to receive such notoriety. This album is the fourth of his series “Instrumental Oasis,” which are filled with instrumental compositions that have the purpose of relaxation and uplifting the soul.

These are just a few thoughts about the five albums that are up for New Age Album of the Year. Which one do you hope wins? I’m still having a hard time figuring out who chooses the nominees sometimes! )