Exactly 30 years ago on 8th December 1980, the life of one of the greatest musicians of all times was brutally ended: John Lennon was shot in front of his apartment building in New York City and died on the spot. He was just 40 years old and would have been 70 today if the tragic incident had not happened. We can only speculate where his musical route may have taken him – would he have gone it alone until now, composing and singing songs like “Give Peace a Chance” or “Imagine”? Or would he have formed another band, maybe getting inspired by grunge rock? We will never know but what is certain is that the body of work he left behind at age 40 is impressive.

He and fellow Beatle Paul McCartney formed one of the most successful songwriting duos of the 20th century, starting the “British Invasion” of the United States and selling more albums here than any other artist to-date. As a solo artist, John Lennon sold more than 14 million albums in the US alone and was ranked by Rolling Stone magazine as the “fifth-greatest singer of all time.” 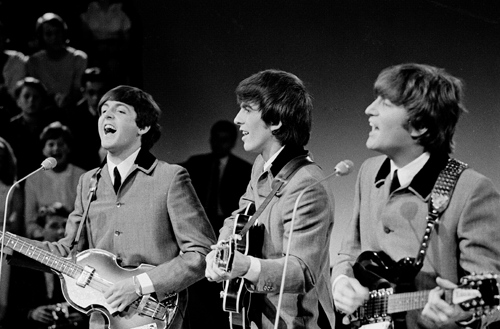 As impressive as all the records and awards are, what always made John Lennon special to me, as a musician and sound engineer, is that he kept it simple. Even when he could have gone for fancy effects, lyrics and shows, it was always the raw Lennon that the audience could expect. Clean-cut lyrics with simple yet catchy and often strangely haunting melodies that would not leave one for days or even years.

Songs like “Yesterday”, “Strawberry Fields Forever”, “Lucy in the Sky with Diamonds”, “Help”, “Let It Be”, “Revolution” and “While My Guitar Gently Weeps” are just some examples of the Beatles’ diversity. Some favorites by Lennon are “Instant Karma”, “Working Class Hero”, “Power to the People”, “Imagine”, “Happy Xmas (War is Over)” and of course, “Give Peace a Chance”.

The latter just showcases how political John Lennon – always ready for controversy even early on – was,  especially later in life. A staunch opponent of the Vietnam War, he was outspoken about it and his songs became cult status as anti-war anthems. His activities did not go unnoticed and soon the Nixon administration tried to have him deported and numerous surveillance files were filled about him by the FBI.

Seeing that since that fateful day in early December 1980, the world has hardly become a more peaceful place, one wonders who has taken or will take John Lennon’s place today. Until then, we can just keep listening to this inspiring musician. Here’s a video recalling the events of December 8, 1980: