Michael Jackson – This Is It 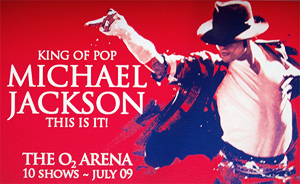 Any performer couldn’t help but get goose bumps when reading about Michael Jackson’s planned concert series This Is It. Just imagine planning such a large-scale concert, not knowing you wouldn’t even make it to the first concert date. Those who were involved with the singer for the concert must feel more than a bit eerie, thinking about their final moments with the star. Or did anyone guess? Was the singer in such ill health that an imminent death seemed plausible?                                                  Promotional banner: michaeljacksonlive.com

Footage from Jackson’s concert rehearsals suggests otherwise: The star seems in fine health and more charged than ever, jamming along with an instrumental solo and then seamlessly getting into his famous singing and dancing routine. Here’s footage of his last rehearsal on June 23rd, 2009, performing “They Don’t Really Care About Us” at the Staples Center in Los Angeles.

This Is It would have been Jackson’s first major series of concerts since the HIStory World Tour in 1997. Tickets to the ten concerts originally announced sold out in less than an hour, with the public demanding more. Forty concerts more were added and the concert series was to start on July 13, 2009 and end on March 6, 2010. All concerts were to be held at London’s O2 Arena. 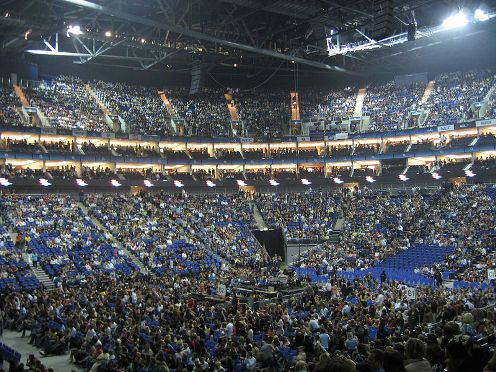 After the singer’s untimely death on June 25, 2009, Columbia Pictures acquired footage from the show rehearsals and turned it into a film called Michael Jackson’s This Is It – now the highest grossing concert movie and documentary in cinema history. The concerts are now often referred to as “the greatest concerts that never happened.”

Six albums have been released by Sony and Motown/Universal posthumously, among them This Is It on October 26, 2009. The title song “This Is It” premiered on the official Michael Jackson website on October 12, 2009 and was accompanied by one music video, directed by Spike Lee, as a tribute to the star.

Could you imagine doing 50 concerts in less than a year? That too, major concerts for which 23 songs had been rehearsed. A year only has 52 weeks and Jackson was attempting to do 50 in 8 months, that’s 33 weeks, or one huge concert every four to five days! That’s a very tough act for any performer in the prime of his youth and health, let alone for a 50-year-old with various health problems. 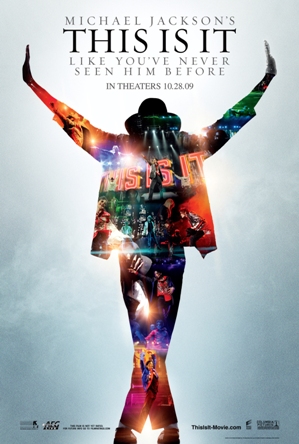 Would the singer have known about his impending death? Maybe feeling his health dwindling and gathering all his physical resources for a final concert series, therefore aptly naming it “This Is It”? Though the singer called the concerts his “final curtain call” and stated at a press conference on March 5, 2009 that “these will be my final show performances in London. When I say this is it, it really means this is it”, the meaning of his words has to remain speculation. Maybe the singer was referring to retirement from show business?

Fact is that it’s been a year already since Michael Jackson’s death, yet that the fascination with this unique entertainer seems unimpaired. When I watched This Is It, I realized how much of a genius Michael Jackson was. Knowing every bit of music, choreography, conducting the band and singing at the same time is not a small feat. For some reason, I never knew how much of himself he had invested in his music productions.

This Is It has unraveled a great artist who was multi-talented and passionate about his work. I really feel that I had been trapped by the media propaganda about his personal issues and that made me forget how much of a gifted musician and accomplished artistic director he was. It goes to say don’t judge a man, you never know what’s beneath his personal story.

This is it, Here I stand
I’m the light of the world
I’ll feel grand
Got this love, I can feel
And I know, Yes for sure
It is real

Other posts you may enjoy: More on New World Music with Womad, Peter Gabriel, More on Pop Music with Annie Lennox, Sade, More on Marcome’s world