Music For the Changing Seasons

Summer is drawing to a close. Even on a warm day, the temperature rises more slowly in the morning and falls a bit faster after dusk. While we mourn the end of summer, anticipation builds for what lies ahead in autumn. Is it any wonder that so many musicians have composed music for the changing seasons? 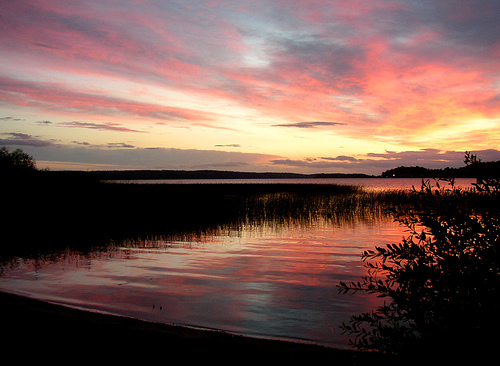 Late summer (image from Per Ola Wiberg on Flickr)

Many of these tunes are sad, grieving the loss of the previous days.  Passing from the familiar into the unknown, artists have consistently developed songs that mark the transition from one season to the next.  However, even when I listen to these melancholy melodies, I can still experience joy.  A wonderful quote that I heard recently is, “if there was no change, we would not have butterflies.”

So, let’s celebrate the changing seasons through this musical journey.  Consider how these musicians capture the emotions associated with fading days and falling leaves.

“Summer…. its Gone,” by Grandaddy

This song focuses on the end of summer from the perspective of those who live in vacation towns.   The loneliness starts as soon as one contemplates the waning crowds.  Consider these lyrics: “Summer, it’s gone and now it’s clear / That no one is showing up here… / And so I turn away to head down roads / Dead ends and holes / And crowds of fools with common colds.” 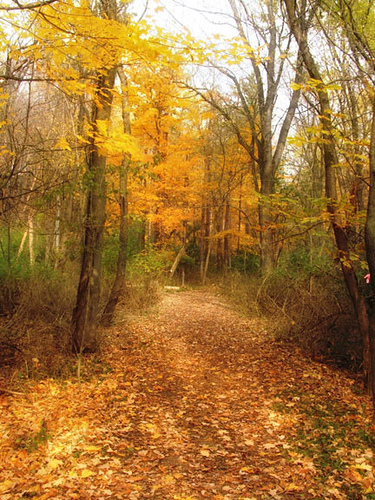 “Dead Leaves And the Dirty Ground” by The White Stripes

Truly, one cannot imagine the title of a song that could more accurately summarize the state of the transition from autumn to winter.  And the sadness the lead singer experiences when anticipating a reunion with his lover and he enters an empty home is also an expression of the potential emptiness of the season in general.

If you enjoy modern rock, this is definitely a song for you.  Either way, you should find that the depth of emotion is as moving as the tune itself.

Who isn’t familiar with this classic song about changing seasons?  This famous rock song from the 1960s has shown up over the past 40 years in numerous soundtracks and commercials, yet I still don’t tire of the tune, or its lyrics.  This one is reassuring.  One cannot help but find comfort in the cycle of life when listening to the Byrds. 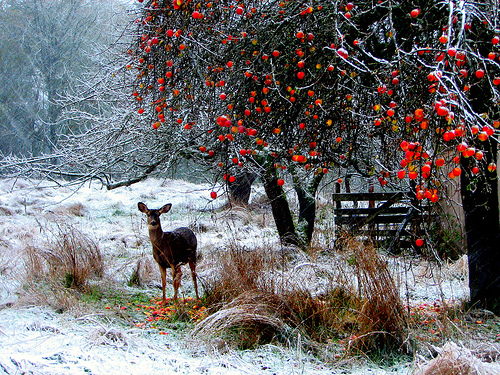 “Winter” by the Rolling Stones

As the calendar sinks us deep into long nights and short cold days, we cannot help but look forward to summer’s pleasures.  Count Mick Jagger of the Rolling Stones with us in experiencing longing for sunnier times.  He holds out hope for love and light, while deep in the throes of winter’s grasp.

Now, I admit.  December is not a song, but an album by renowned pianist George Winston.  Simply, you cannot listen to the music without feeling joy, even in the middle of winter.  Yes, there are other seasonally-named releases by Winston, but this one tops my personal list.

I imagine snow falling softly on the trees, with a lovely hush in the air when I listen to this track, which includes variations on Pachebel’s Canon:

“Leaves That Are Green” by Simon And Garfunkel 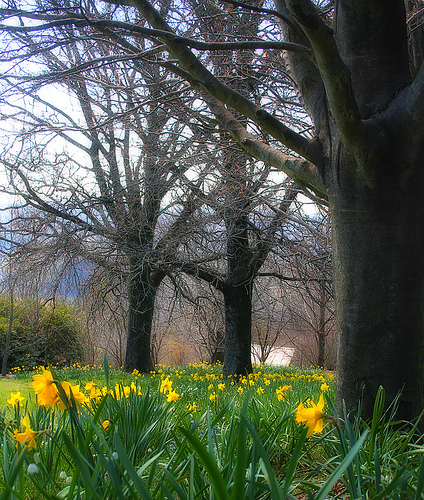 We now come full circle in our tour of music for the changing seasons.  Contemplating spring, the precursor to beloved summer, the mood picks up once again.

“I Live in the Springtime” by the Lemon Drops

This pop song from the 1960s is classic of the era.  The lyrics are so happy, they are almost nonsensical:  “I live in the springtime/ There’s no in-between time/ I live in the sunshine.”  Call it good-old spring fever.  I also think its fun:

As the end of summer draws near, its time to start making plans for autumn.  If you feel sad or melancholy, just remember that you’re not alone, as many artists have shown in composing music for the changing seasons.  The calendar months will turn, turn, turn… and before you know it, the chill will thaw and flowers will blanket the ground once again.

Remember that music soothes the soul, and put on your favorite tunes to brighten your spirit!

Other posts you might enjoy: Musical Sounds in Nature, Fall in Love with New World Music , The Sound of Silence, Thanksgiving: A Time to Reflect, Fill Your Soul with Simple Pleasures, Nature’s music is never over.