Australian artist Lisa Gerrard is a female vocalist who has inspired me ever since her breakthrough debut album with Dead Can Dance came out in 1984. Hard to believe that this dynamic artist just turned 50! Here’s a post reflecting on her many successes.

Lisa Gerrard in concert in 2009 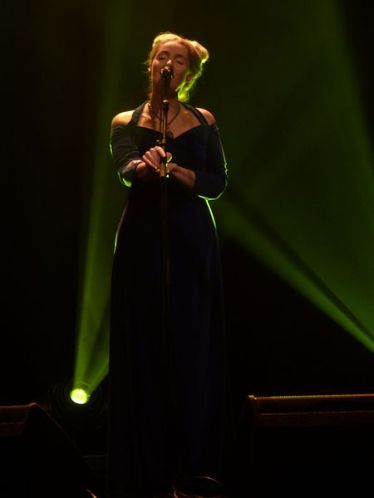 Dead Can Dance’s debut album by the same name has been called post-punk or goth rock by many and in many respects, its style is unlike any of the albums that followed, embedding the new band’s fresh energy. Lisa Gerrard’s vocals on the album are striking and so is the use of the yang chin, a kind of Chinese zither, played by her that complements the other, less unusual instruments like guitar, bass and drums.

Dead Can Dance formed 1981 in Melbourne and initially had four members – Lisa Gerrard, Brendan Perry, Paul Erikson and Simon Monroe. It shrank to three when the latter remained in Australia upon the band’s move to London in 1982. There, James Pinker and Peter Ulrich joined the band for a few albums, even a few others later, but its core were always Gerrard and Perry who were a couple in their private lives.

Performing “Host of Seraphim” with Dead Can Dance

The band’s second album Spleen and Ideal came out in 1986 and was a success, reaching #2 on the UK indie charts. Within the Realm of a Dying Sun and The Serpent’s Egg followed in 1987 and 1988, respectively. Though Gerrard and Perry broke up in 1989, with Gerrard moving back to Australia and Perry to Ireland, they stayed together musically and composed and produced three further albmus: Aion in 1990, Into the Labyrinth in 1993 and Spiritchaser in 1996.

Despite Spiritchaser reaching #1 on the Top World Music Albums Chart, Dead Can Dance disbanded in 1998. Lisa Gerrard‘s first solo album The Mirror Pool had already been released in 1995 and focusing on her solo career now allowed her to delve further into it. Her second album Duality was a collaboration with Australian percussionist, composer and sound engineer Pieter Bourke.

At her first concert in Australia in 2007 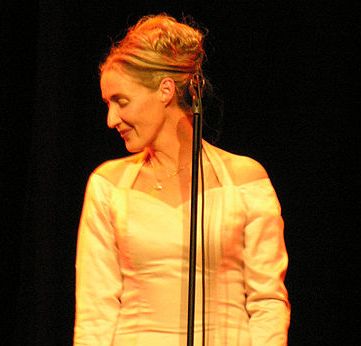 More projects with Bourke followed – film scores for the films The Insider, Ali and others. Busy with film work and the documentary Sanctuary about her work and life, Gerrard’s second solo album wasn’t released until 2007. Not surprisingly given the gap and Gerrard personal and professional development, The Silver Tree was quite different from her previous work and is currently regarded as one of the best Australian albums.

More film scores to her credit are for such successful movies as Gladiator, Mission: Impossible II, Black Hawk Down, Whalerider, The Passion of the Christ and many others among TV series and documentaries. Her third solo album The Black Opal was realeased in 2009.

The Gladiator theme: “Now We Are Free”

For Dead Can Dance fans, there is good news: After a successful reunion in 2005 for a European tour, plans are on for another reunion at the end of this year. We’re keeping our fingers crossed!