“Roxanne”, “Can’t Stand Losing You”, “So Lonely”, “Message in a Bottle”, “Every Breath You Take” – when contemplating Sting’s career, invariably his hit songs with The Police come to mind, the band he had his big breakthrough with as a singer in the last ‘70s and early ‘80s. 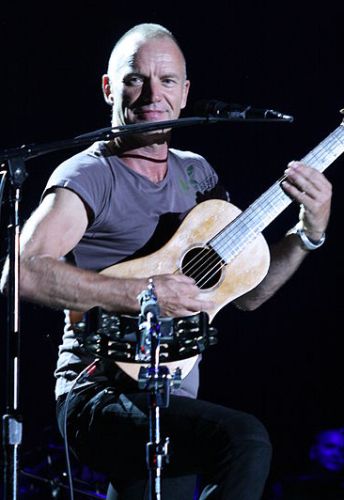 As a singer, musician and performer, I’ve always admired Sting’s versatility. Maybe it stemmed from not quite fitting in during the early years? In an interview with Rolling Stone magazine in 1993, Sting called himself “too young to be a hippie and too old to be a punk rocker”. (Sting was born on October 2, 1951). Because punk was the latest rage when the band was formed, The Police initially called themselves a punk band. But the public wasn’t fooled and they soon switched to pop with reggae infusions.

One clarification at this point – though a great song, released in 1983, “Every Breath You Take” is not a romantic song or a love song! Unless you think that stalking is an expression of love. I mean, just listen to it: Every breath you take/Every move you make/Every bond you break/Every step you take/I’ll be watching you. That’s creepy! A stalker’s anthem one could say.

Sting wrote the song one night in half an hour and said about it that it became The Police’s signature song and is estimated to have generated “between a quarter and a third of Sting’s music publishing income.” That’s what most singers and bands can only dream of! 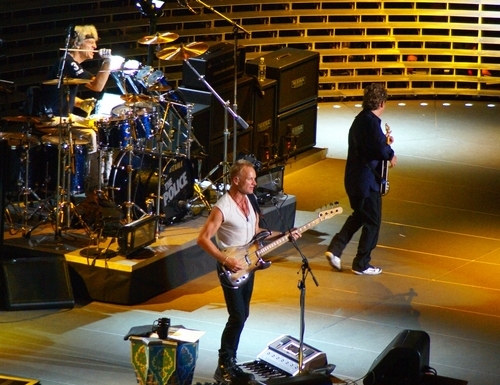 The Police performing at a concert in Madison Square Garden in August 2007
Image: Lionel Urman

When The Police disbanded in 1983 after their last concert at Shea Stadium in August, Sting concentrated on his solo career – first in acting but then luckily in music again. His first solo album The Dream of the Blue Turtles came out in 1985 and was very jazz-inspired and very successful. The hit single “Englishman in New York” came out two years later as part of the album Nothing Like the Sun.

Since then, many albums have followed and Sting is also remembered for his benefit concerts and activism, for example his Rainforest Foundation Fund. Pop, rock, jazz, soul and even new wave and new age – Sting has done it all. If you’re wondering how in the world Gordon Sumner ever got that nickname – he once wore a black-and-yellow striped sweater when touring with the Phoenix Jazzmen in the early years. The nickname stuck. Good thing they didn’t call him the Bee – somehow I don’t think he’d be as successful today.