For any singer and songwriter, as important as composing and bringing that inner song out into the world is finding the inspiration to do so. Readers of my blog will know that nature is often the source that I turn to but as important is staying in touch with works of colleagues and fellow artists. There are few who inspire with their music as much as with their personal stories but Sade is one of them.

I was hooked ever since I heard her first album Diamond Life with that breakthrough song “Smooth Operator.” More albums and other favorites like “The Sweetest Taboo,” “Love Is Stronger Than Pride,” “By Your Side” and of course “No Ordinary Love” followed. One of the proudest moments in my career as a singer was when my voice and style was compared to that of Sade, a veteran of the music industry! 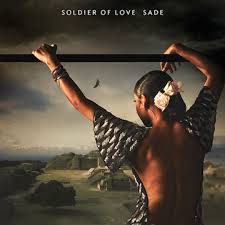 Now, after a break of ten years, Sade is back with Soldier of Love, only her sixth studio album in a career spanning 25 years. Says the singer about her long break:

“I only make records when I feel I have something to say. I’m not interested in releasing music just for the sake of selling something. Sade is not a brand. … I couldn’t have made Soldier of Love any time before now, and though it’s been a long wait for the fans – and I am sorry about that – I’m incredibly proud of it.”

That’s a powerful statemen and kind of the singer to apologize to her fans. But I’m sure they’ll agree that the wait was worth it. The album consists of ten new songs, each in trademark Sade-style. Her deep voice soothing, even when singing about sorrow and pain, carrying us from song to song. The title song “Soldier of Love” cleverly mixes a hint of military beats with more familiar tunes. 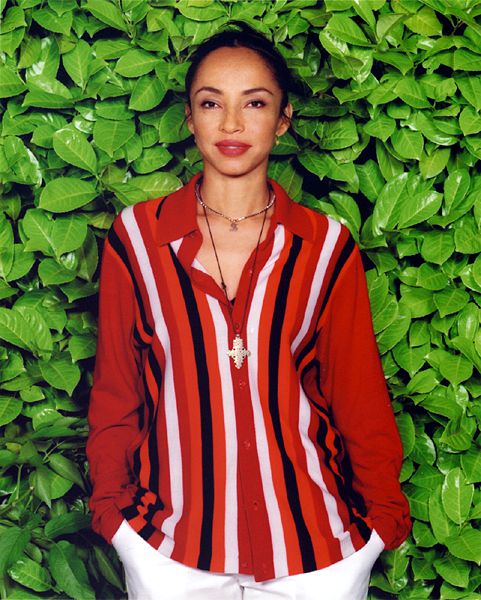 In her haunting voice, Sade confesses I’ve lost the use of my heart / But I’m still alive / Still looking for the light / And the endless pool on the other side, just to assure us a few beats later that she hasn’t given up:

As I said in the beginning, inspiring through her music and real-life example! Did you know that Sade is short for her African name, Folasade? And that when her single “Smooth Operator” became a hit and record companies lined up to sign Sade, she refused until all the members of her band Pride – saxophonist Stuart Matthewman, keyboard player Andrew Hale and bassist Paul Denman – were signed on as well?

Glad to hear that all the original members came together once more for Soldier of Pride. Her fans seem to think so too; the album already reached #1 position in Canada, Switzerland and France. Let me know what you think of it!