I’ve been enjoying musics from all around the world my entire life.  After classical music training, I had a period in my life (I was 17) where I bought a Vinyl record collection from Decca filled with ethnic music and chants. It brought me to sing along with Bulgarian Chant Ensemble,  Gregorian Chant Monks, Marocain Music Ensemble, Ravi Shankar, Japaese Koto music, and more.

Listening to the record collection inspired much of my international musical culture and influences. 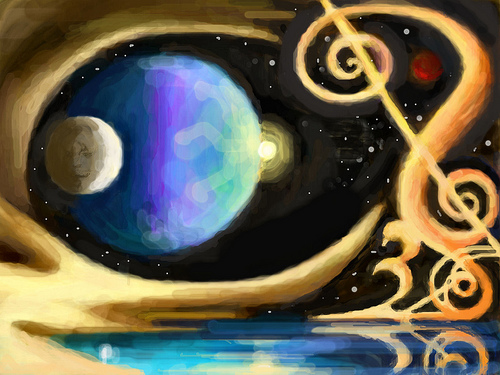 I eventually discovered Real World Music, the company founded by one of my favorite artist, Peter Gabriel.  You’ve probably heard of him, through songs like “In Your Eyes,” and his association with the band Genesis.   Gabriel emerged as a major artist on the new world music scene in the late 70s, early 80s, and his work was deeply influential and inspirational to me.

In creating the New World music you hear on my albums, I blend acoustic, percussive and wind instruments with airy vocals.  Some call the combination “magical,” and I would agree that the music is more deeply textured than New Age or Ambient.

When percussive World beat is combined with vocals and harmonies, you end up with a unique blend of New World Music.  Whether featuring Sanskrit, Asian or African dialects and beats or lyrics, soothing music from all over the world can transport you to a new reality. Listen carefully, and you’ll hear exotic instruments like the hurdy gurdy, oud, lyra, kanoun, and nyckelharpa. 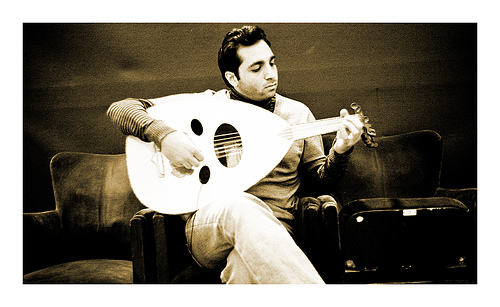 Some of the most influential world music artists for me are Lorrena Mckennitt, Deep Forest, Sheila Chandra, Dawada, and AfroCelt Sound System.  I simply cannot just tell you about their impact on my music.  I’ll show you with a sampling of wonderful New World music….

I enjoy playing Deep Forest’s music for relaxing.  Sometimes you’ll find me cleaning my house or working out to its songs, too!

Now, let’s listen to “Mummer’s Dance,” from Loreena McKennitt while she performed in my home town in Montreal.  Perhaps I love her songs because she is a Canadian singer songwriter, like me?  But truly, consider her beautiful blend of Celtic rhythms and Middle Eastern percussion.

One of my favorite bands, which has created inspirational music, is Afro Celt Sound System.  I cannot help but be uplifted by their New World Music sounds.  I listen to them to motivate myself, or even to get my friends to lighten up and dance!

Have you heard the amazing Shelia Chandra?  If not, you are missing out one one of the most amazing singer songwriters, and some uniquely soothing music.  “Ever So Loney,” is one of her best songs, in my opinion.  What do you think?

All of these songs, and so many more influence my own word music creations.  Some of my songs seem to come from elsewhere as if I had not composed them myself.  I have the impression that I tapped into a kind of universal and invisible current going through time and and space and was showed the song, rather than inventing it myself.

Memoria is that kind of song (from Seven Seas Remastered). I really do not know where it came from but when I sang it, I was attracted to a world of Gregorian chant and Latin languages and I had some reminiscences of the Catholic churches I used to go to. The sacred, the divine…

I continue to discover New World music influences – from my travels, my dreams, my hopes and my belief in one world: one humanity.  It is a journey that will never end for me.  I aspire to keep sharing it with you, as I discover new worlds within myself.

If you liked this post, you may enjoy Ambient Music: Not Background Music and Finding Musical Inspiration.