The Creation of New World Music 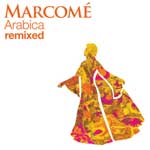 Nowadays the most interesting concoction is the making of New World music. It was inevitable. As some music genre became saturated with artists & poor quality music, and disappeared from mainstream popularity in the new millennium. One of them,  new age music has  its impact on the music world rippled into ambient, chill, lounge, techno and trance music.

Take the layered, electronic dreaminess of New Age music. Then blend in the vibrant textures of wind, percussive and acoustic instruments of World music. Add in mystic chants and airy vocals, stir well and you have New World music. There is something magical about the fusion of electronic sound and acoustic arrangements.  Some of the exotic instruments played on these albums include the harp, hurdy gurdy, oud, lyra, kanoun, and nyckelharpa.

As vocals and harmonies became a staple in New Age music, the overall sound became enhanced with World beat influences in the instrumentation. New World music was born. It began to feature Sanskrit, Asian, African dialects and beats or lyrics based on mythology such as Celtic legends or the realm of the Faerie. Pioneering artists and albums such as Deep Forest’s “Boheme”, Kitaro’s “Silk Road”, Loreena McKennitt’s “The Visit” and Sacred Spirit’s “Culture Clash” are just a few important albums embracing this genre so passionately.

Canadian New World music artists who continue to evolve and release quality recordings in this genre are;

Loreena McKennitt – Loreena tantalized the world with her tales of mystical adventures of Celtic rhythms, Middle Eastern percussion and New World music sway. Loreena broke onto the music scene in 1991and has sold close to two million copies of her six albums in Canada alone. Her latest album entitled “A Midwinter’s Night Dream”, is currently among the top 10 selling albums in Canada and in other parts of the world.

Marcomé – Her pivotal second album entitled “River Of Soul” (2007), successfully fuses the dreaminess of New Age music and the sultriness of World music. This recording boasts an exotic palette of Latin sounds, Middle-Eastern instrumentation, jazz and African rhythms. Layered with Marcomé’s ethereal vocals and harmonies, her evolution along the New World music path is infectious and profound.

If I have sparked your interest, at the end of this article, I have listed a few noteworthy musical suggestions you may want to listen to. Enjoy!

I hope you had a wonderful week out there. Mine was fine, thanks for asking.
Anyways… This is how I hear things.
-Howard P.
Other posts you may enjoy: More on New World Music with Womad, Peter Gabriel, More on Pop Music with Annie Lennox, Sade, More on Marcome’s world , Enjoy best New Age Music, Fantastic New Age Singers, Musical Sounds in Nature, Music for the Changing Seasons, Fall in Love with New World Music , The Sound of Silence, Thanksgiving: A Time to Reflect, Fill Your Soul with Simple Pleasures.