What is New Age Music ?

It is often a futile effort to define a musical genre, as no sooner is a label adopted than its fans subdivide it, artists reject it, and the music itself evolves. New Age is no exception, and the diversity of artists’ styles that are put within the category proves this point–though many enthusiasts would argue that this style of music has existed for centuries, if not millennia. 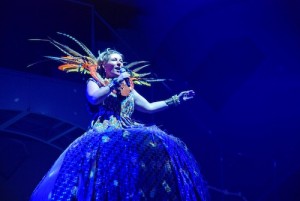 One of the musicians who made the New Age genre popular was Windham Hill artist Michael Hedges. A composer who used the guitar to perform his compositions, he became not only one of the closest things New Age music has had to a rock star, but a bona fide guitar hero outside of the genre. Though Hedge’s playing featured percussive slaps on the guitar top, two-handed tapping, and hybrid techniques that often made it sound as though there were at least two musicians playing simultaneously, behind the sonic innovation were compositions that emanated peace.

“New Age is a very small box. It was a term that was brought in by the music industry to classify music that is neither jazz, classical, pop or rock. They didn’t know what to call it or what to do with it. So they threw it all together under this one name.” – Yanni

A case could be made that peace is the core defining characteristic of all New Age music. Heavy metal music brings out aggression, hip hop makes us want to dance, pop music oozes happiness, and New Age music calms our minds and helps us focus on peaceful things. While some songs may take us on a journey, it is always a safe one–one where there is no anxiety about what is around the next turn or when we will arrive. 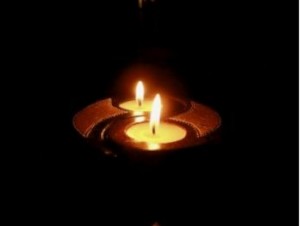 New Age music has often been described by detractors as boring, wimpy, and/or repetitive, but to believe that is to miss the point: If you enter into the listening experience with a desire for peace and relaxation, you will be rewarded with what you seek. It is a beautiful paradox that New Age requires active listening, but in return, it provides a passive experience.
The mechanics behind New Age music’s peaceful effects are not complicated: slow, steady tempos; even time signatures with little or no changes; familiar or non-dissonant harmonies; and smooth instrument tones. Repetition is often used to great effect, either as an almost hypnotic drone, or to provide increasingly familiar points in the music, aiding the listener in the audio journey.
New Age’s sources are unlimited. Michael Hedge’s compositions show strong influences of folk, Celtic, and rock music. Fellow guitarist Leo Kottke’s songs feature jazz and blues elements over a folk base.

There are many artists who are not considered New Age, but who have produced work that fits right into the genre. Brian Eno, known to mainstream listeners as record producer who has worked with U2 and David Bowie, is also a highly influential composer and founder of the ambient music genre, whose long, soothing passages marked by gradual transitions put it squarely under the New Age banner. Eno’s influence is heavy on Bowie’s “Heroes,” and “Moss Garden,” an instrumental track on the second side of the album, has fueled many meditation sessions.


Powered by Dailymotion
Through conscious use of repetition, creative use of consonant harmonies, careful use of instruments’ sonic properties, and openness to all cultural influences, musicians throughout history have created music that invokes peace and harmony for those who are open to receiving it.

If you liked this post, you may also enjoy: Breathe and Meditate with Marcome, Improve your health with meditation, The sound of Silence, Ambient music therapy, New Age: Living with Integrity.