I can think of nothing more relaxing than listening to ambient or new age music while I am tidying the house, or cooking dinner.  You can hardly go wrong in selecting an enjoyable CD.  There are so many quality new age singers!

You probably already know about Enya, or one of my favorite musicians, Loreena McKennitt (I’ve enthused about her in another post on my Marcomé blog).  Today, I’ll introduce you to some other fantastic new age female singers.  I hope you agree … come on in and take a listen. 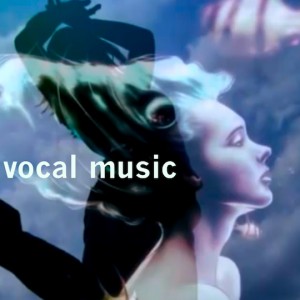 New World music influences are enchanting in the music of Deva Premal & Miten.  This couple has a wide following around the world; their fans include Eckhart Tolle, spiritual teacher and best-selling author (The Power of Now),  Brandon Bays, life coach and author of The Journey, and Cher who listens to the new age music singers during yoga!

Deva is best known for her chant CDs.  Raised in a German home that was filled with Eastern spirituality, she transformed her classic music training into enchanting new age music.

Listen to Om Namo Bhagavate and float away to distant lands:

Donna De Lory is another gem of a female new age musician, with obvious world music influences.  This talented woman has been performing for years, contributing to albums by Carly Simon, Ray Parker, Jr., Kim Carnes, Santana, and Madonna, while at the same time developing her own solo career.

De Lory describes her music in a variety of ways – from “ambient pop,” to “acoustic pop,” as well as “chill music.” Her 2004 CD, “The Lover & The Beloved,” is one of my favorites, featuring a collection of ancient Indian mantras set to modern beats.

If you’ve seen the blockbuster movie, Titanic, then you’ve heard the Norwegian singer, Sissel.  Her ethereal voice haunts the soundtrack for the film, adding depth and emotion to an already rich subject.  Sissel has also teamed up to sing duets with a long list of impressive artists, including Plácido Domingo, José Carreras, Neil Sedaka, Josh Groban, Diana Krall and The Chieftains.

Known primarily as a soprano soloist, Sissel’s work has clear new age music influences.  Many compare her songs to Enya.  I find her music uniquely beautiful:

The last new age female singer I want to introduce you to today one of my favorite singer and vocal influence  Lisa Gerrard.  Her amazingly strong voice can also be heard on Hollywood soundtracks she composed and performed, including Gladiator, Whale Rider and Man on Fire.  The Australian singer songwriter has been delighting fans and audiences for almost twenty years, through her solo and collaborative albums.  As she describes on her website:

This mosaic of musical influences is perhaps less surprising in the light of Lisa’s childhood in Melbourne, where she recalls Greek, Turkish and Irish melodies “oozing into the streets” of her neighbourhood.

Listening to Lisa Gerrard perform is honestly a spiritual experience!  Here is “I am Your Shadow,” from her album, The Mirror Pool”:

Keep visiting my new age music blogspot for more selections of songs to keep you entertained!  And don’t forget to check out the Marcome music shop for your loved ones (or yourself).