The Many Faces of Percussions: from world beat to rock music

The Many Faces of Percussion: from world beat to rock music

There are almost as many different kinds of music as there are people in the world.  From World beat music to Ambient, music is as much individual as it is universal, thus creating a new world of textures.  Each one of us can create music based on our ability, be it with a music instrument or through the instrument that all humans possess:  their voice. Many 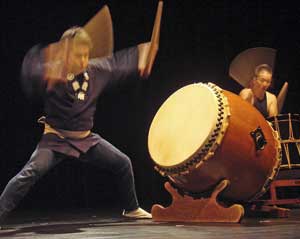 times we are taken away by the music we hear (in a good way!), and we actually do not realize the importance of percussion and the role it plays on our emotions. A song may start out sounding somewhat ethereal, starting off softly with flutes and other light woodwind-type instruments.  Then, adding keyboard sounds for an effect of serenity and tranquility, peacefulness, as if lying next to a stream of calm waters.  We then start hearing the steady beat of a shaker, with possibly congas or bongos laying down a soft, steady beat, the mood changes from one of stillness to one of movement.  Instead of lying next to the stream, you now want to walk alongside.  Percussion moves us.  It is a driving force to action in new world music and other music genre as well.
Take our very own Marcomé.  On her New World Music CD River of Soul, the first song “Dawn’s Spirit” has her lovely voices on display in full force, showing us her range as a vocalist. To compliment, the keyboard sounds create a sense of stillness, circling, something like being somewhere else but not quite knowing where.  The second song, “River of Life”, starts with water and slowly, the steady beat of shakers come into play, then the very light bongo-type sounding beat comes up to create a different mood.  Now the mood is one of walking along the river, enjoying the breeze, hearing the gurgling sounds of the gently flowing stream as you take your leisurely pace downstream.  This is what percussion does – it makes us want to move.
In other forms of music such as Merengue, Dance or Rock to name a few, the percussion is there from the start of a song and all we want to do is dance!  As a descendant of the Dominican Republic, the main forms of music that the country is known for is merengue and bachata, which I’ve been exposed to, all my life.  Merengue being a typical world beat music form, has an emphatic one-two beat, with a heavy emphasis on congas, the guira, bass drum, and some piano as being a percussive as well as a melodic part of the music. 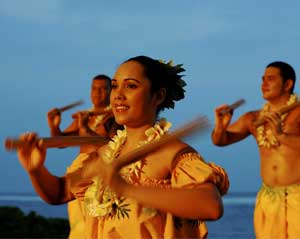 Juan Luis Guerra is one of the more famous merengue artists of our time.  Bachata is a straight four-beat type of music, with a little more romantic style of dance, with the acoustic guitar prominently displayed.
Not too many years ago there was a Brazilian novella called “O Clone” (“The Clone”), which included on its music CD soundtracks of different genres of new world music well demonstrating how percussion can play a big role.
Sometimes, the percussion tells the entire story. Recently, TheParadiddler.com chronicled all of the published drum solos by Neil Peart, drummer and lyricist of the Canadian rock music trio Rush.  All of the solos are absolutely sensational for those who are into listening to drum solos, but there’s one in particular that exemplifies ‘the many faces of percussion’.  The solo which appeared fifth in that countdown was the solo he performed during the R30 tour, at the Festhalle in Frankfurt, Germany on September 24, 2004.  It was noted that this solo ended up being a historical narrative of the evolution of drumming, from African tribal world music means of communication, African rhythmic dancing patterns, the European march, then the waltz, and eventually what we know today as Jazz, Rock, Latin, etc.  Neil uses electronic as well as acoustic drums to tell his story.  I encourage the reader to look at the article “Neil Peart Solo Number Five – R30, 2005” for examples of how a drum solo (or a multi-percussion solo, in this case) can tell a story all by itself.
Of course, there are many more forms of percussion in world beat music, too numerous to detail here, but one comes to the conclusion that percussion is multi-faceted and multi-lingual. Percussion is the backbone, the vehicle in which all other instruments can say what needs to be said melodically.  Percussions are the foundation and can be very expressive, very colorful, making it all come together – be it in a symphony orchestra, a rock band, a new world music backdrop, and so on.  I encourage everyone to explore more 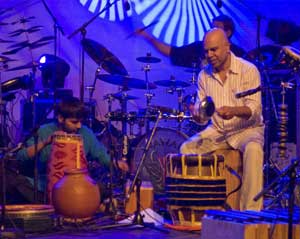 Contributed by Omar Alvarado of TheParadiddler.com