Enigma first caught my attention because of the Gregorian chants they integrated into their music, especially on their third album Le Roi est Mort, released in 1996. But I have to admit that my favorite CD remains McMxc A.D. in which they succeeded in combining electronic music, electrical guitars and Gregorian chants!
Rather than a band, Enigma is a musical project that mixed electronic music with traditional elements from the beginning. Imagine a time when the music world just got used to synthesizer beats! 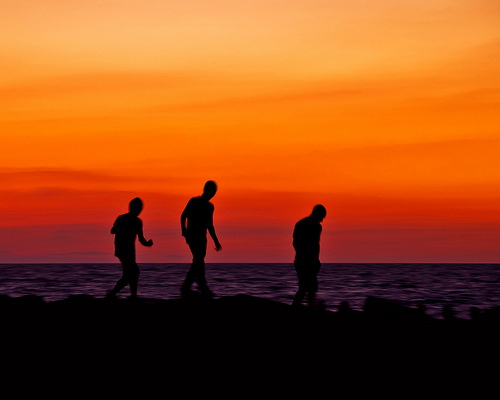 When their first hit song “Sadeness (Part 1)” came out in 1990, it seemed like the world was stunned and enchanted at the same time. Enigma’s debut album MCMXC a.D. was an instant hit and went on to top the charts in more than 40 countries.

What helped their success was the element of mystery that shrouded them like a true enigma. Founders Michael Cretu, David Fairstein and Frank Peterson tried to hide their identities as long as possible, adding to the hype about the project.

What also helped was German pop singer Sandra’s involvement in Enigma’s music. In fact, it was her voice that was recognized first in “Sadeness” and that helped propel the song onto the charts (remember her 1985 hit “Maria Magdalena”?).

But back to Gregorian chants: As listeners of my music will know, I prefer wordless songs that let my imagination flow freely. “Memoria is a song heavily influenced and inspired by Gregorian chants and the Latin language. I attribute my fascination and fond memories of the smell of incense and the sacred and divine with the many churches I have visited, especially in my childhood.

I can only speculate what inspired Enigma to use Gregorian chants but to mix them with synthesizer sounds and dance beats was gutsy at a time when no one was doing it. Enigma truly paved the way for electronic music, especially ambient sounds, and is quite successful even today that this kind of music has been integrated into the mainstream.

Those just getting into Enigma should sample the early albums – the first one, Le Roi est Mort and The Screen Behind the Mirror (2000). The latter featured parts of the cantata “Carmina Burana” by early 20th-century composer Carl Orff, a true treat for the ears.

I have to admit that I was expecting new stuff by Enigma for some time.  They did release compilations or remixes of older hits. Worth mentioning is Enigma’s – now consisting of only Michael Cretu and Andru Donalds – public song project “The Social Song” in which the public was asked to contribute to a new song, with winners being selected out of many submissions. 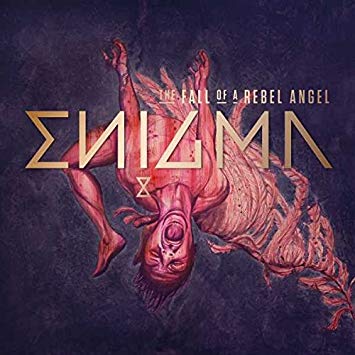 I’m quite happy with their latest project, it was worth the wait. Although the Fall of a Rebel Angel is at times a bit dark, the consistency of their amazing sound is back. Brilliant arrangements, hi quality sound. So yes, there is always an element of surprise with Enigma and I hope there’s a new project we can look forward in the future. My favorite album to date still remains McMxc A.D. in which they delivered a solid combination of electronic music and Gregorian chant that impressed my sound engineer’s ears. Try the track The Voice of Enigma and make it loud to test your sound system!