What comes to mind when you consider New Age artists?  Let me tell you that its probably not what you might have heard 10-20 years ago!  These days, “new age” can include several other music genres that are exciting, inspiring and make you want to dance!   Ambient music, world music, alternative music and much more, are often mistakenly grouped together, even though they all have a unique sound.  Type in any one of the phrases into Google, and you’ll likely find all of these sounds.

With New Age radio stations and music online, it is easy and convenient to enjoy the best New Age music…. even if you might call it something other than New Age! 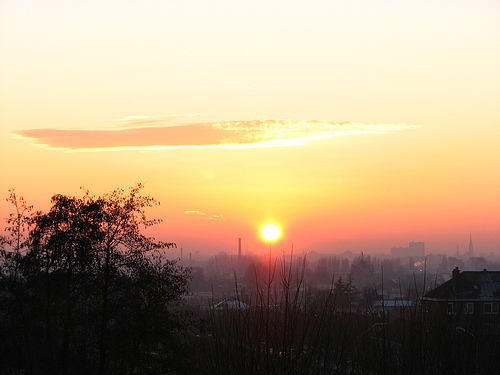 A New Age is Dawning (image from fdecomite on Flickr)

Everyone may have their own personal favorites when it comes to New Age bands and New Age musicians.  However, as an Ambient New Age singer songwriter, I think these four songs are especially enjoyable.

When someone says “New Age Music Artists,” one of the first that often comes to mind is the Irish singer, Enya.  Bursting onto the scene in 1988, Enya is now the second-largest music import originating in Ireland (following the band U2).  Enya’s magical voice, enchanting lyrics and  multi-tracking vocals result in a unique sound that has been featured on soundtracks and in commercials – as well as a number of CDs over the past 20 years.

I’ve included the lovely music video from Enya’s 2005 “Amarantine” album below (which won a Grammy for best New Age Album that year).

Feel the touch of tears that fall
They won’t fall forever
In the way the day will flow
All things come, all things go

Piano enthusiasts, rejoice!  Jim Brickman is one of the best, most entertaining New Age musicians you’ll ever enjoy!

Brickman has been entertaining audiences and other fans for years with his original piano songs, and vocal collaborations with many other well-known artists including Donny Osmond, Martina McBride and Olivia Newton-John.  He has also enjoyed numerous accolades including a Grammy nomination for Best New Age Album in 2010.

While I find Jim Brickman’s Disney tributes to be very touching and inspiring (including Beauty and the Beast, When You Wish Upon a Star), I most enjoy his original compositions, like this one:

3.  David Lanz: Courage of the Wind

Another amazing New Age pianist is David Lanz.  If you like Brickman, then you must listen to Lanz’s work!  He is another Grammy-nominated artist with top-selling CDs, including Cristofori’s Dream, which enjoyed number one billing on Billboard’s adult alternative/New Age chart for 27 weeks!

I love this observation of his musicality:

“At the piano, I’m able to communicate in a way that is very intimate and direct. My approach at music is a bit like talking to a friend. You don’t have to be very complicated when you speak. If you say what’s in your heart, it’s usually very simple.”

The music of Karunsesh brings new depth and meaning to the New Age/New World genres.  Born as Bruno Reuter in Germany, the New Age/Ambient musician masterfully weaves Indian and Asian influences into his songs, using Indian instruments including the sitar.

For those that are New Age purists, you will definitely be familiar with Karunesh!  Over more than 20 years, he has released 18 albums, with “Hearing You Now’ on his last 2008 release, “Enlightenment.”

Reflecting on his creative process, I think this is a poignant, perfect observation:

“Music is the one language in the world that everybody understands, across all cultures, religions and beliefs – music for body, heart and soul.”

Hope you enjoyed this showcase of a few New Age Music selections.  You can also listen to these songs and other free New Age music online at www.last.fm.