There have been so many great musicians that have influenced me while finding my own unique style and voice, both in person and through their music, that it is difficult to pinpoint just a few. One artist, however, has stuck out from the beginning for her creativity, amazing voice, sounds and courage to go where no other artist has gone before. And for a female musician, that has meant not being scared of being labeled as strange, eccentric and even ugly.

I‘m talking about Björk. Her talent has left a deep impact on me and many other female singers. In fact, with her nonconformist and non-feminine style, she has done much to liberate female singers from the cute and perfect image. But first things first. Did you know that Björk, before her commercial success with the Sugarcubes, already was a member of four bands and recorded her first album when she was only 11? At 14, she founded her first group, an all-girl band called Spit and Snot (it was punk, so what other name would you expect?).

Always the versatile artist, at 15, she was a member of the jazz fusion group Exodus. At 16, she formed another band called Jam-80, which released their first album two years later. The band KUKL (or “Sorcery”) followed soon after, playing something they called Gothic rock. It was with KUKL that Björk debuted her trademark singing style, punctuated by shrieks and other sounds and noises. Though the band released two albums in 1984 and 1986, they disbanded soon after the second one. 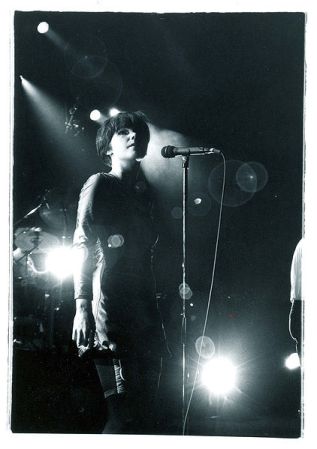 Soon after, some band members and other artists created a new band, also called KUKL but later changed the name to The Sugarcubes. Their first single, “Ammæli” or “Birthday” became a surprise hit in the UK and from then on, the band went on to become a big success. Almost immediately, they signed up with the new record label One Little Indian and soon had a cult following in the US and UK and became one of the most successful Icelandic rock bands of all times.

When the Sugarcubes split up in 1992, Bjoerk moved to London to pursue her solo career. Her first solo album (actually her second, counting the one when she was only 11) was called Debut and became an overnight success, especially her first international solo hit “Human Behavior”. Songs like “Venus As a Boy” and “Violently Happy” left few untouched – some rejecting them, some wholeheartedly embracing them. I remember that “she listens to Bjoerk” became something like a statement when being introduced to someone, as if that set you apart. 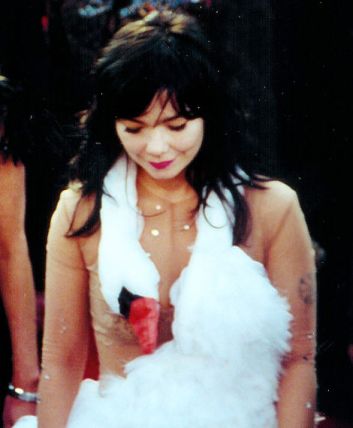 From then on, it went only up for Bjoerk, never a stranger to controversy, but also winner of many prizes and awards: She has been nominated for 13 Grammy Awards, 2 Golden Globe Awards and an Academy Award. Her performance as a composer and actor in the 2002 movie Dancer in the Dark, Björk received the Best Actress Award at Cannes. One of her latest projects has been “The Comet Song” recorded for the children’s movie The Moomins and the Comet Chase. (Did you know that Bjoerk has two children? 24-year old Sindri and 9-year-old Ísadóra?) Here’s the video:

From punk, jazz, avant-garde to pop, ambient, electronic, classical, folk and alternative rock, Bjork has done it all and her amazing soprano voice with incredible range allows her to pursue all those different musical directions. A true inspiration!